MOSCOW – BETWEEN COMMUNISM AND CAPITALISM 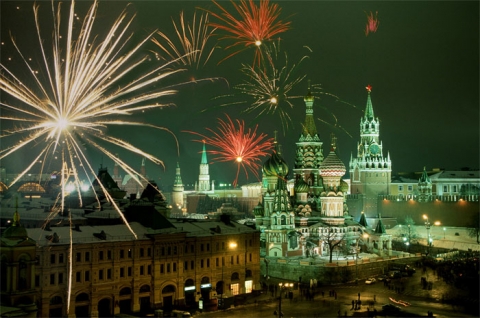 We stayed at the Hotel Rossiya at Varvarka Street, in central Moscow, within sight of the Red Square. Up to its closure on 31 December 2005 and the subsequent demolition, it was the largest hotel in Europe.
The building was designed by architect Dmitry Chechulin and opened on 15 January 1967th. The three-star hotel extended over an area of 240,000 square meters and had 3170 rooms on 21 floors.
The hotel was built in the 1960s on the foundations of a planned „Stalin skyscraper“, for an entire neighborhood was razed in the old business suburb Kitay-Gorod in the 1940s.
On 1 January 2006 the hotel was closed and we were among the last guests. No one was more interested in us and we would disassemble everything and the hotel bar can plunder. But we don´t do this.
After the departure of the long-term tenants in the course of 2006, the building was demolished. Even the once for Hotels complex, Central State Concert Hall, which also bore the name „Russia“, was demolished.What expect one when one think on Moscov ?

Coldness, snow, people deep wrapped in fur coats, broad streets, buildings affected by Stalin. The Kremlin there was the centre of might in the time of cold war. Last but not least on the famos buildings of the time of tsar rule.  What we have been found was a capital city between the worlds.

Arround the Red Square and the famos cathedrals you will find city views full of history like from a illustrated book.

The Moskwa loops through the city as would be have in a stranglehold.
In seventy meter depth connected brawly the iron snake of Stalin one point of the the Moscov metropolis with every other.

The METRO of Moscov is one of the most lovely constructions of Moskov. The start of construction was at 15. March 1935 and the motto was „Palaces for the public“. The length of the net today is 276 km. The METRO have 170 stations and round about 56 stations where you change to other lines. The famos station´Majakowskaya´, who are mapped the comforts of the aviation on 36 mosaics won at the world fair 1939 in New York den Grand-Prix of architecture. 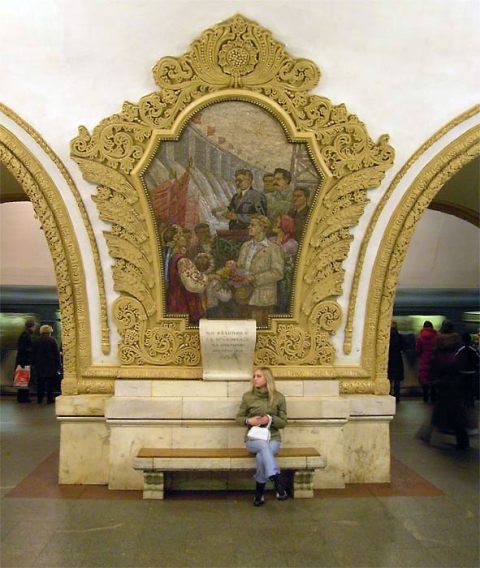 At the METRO stations outside from the inner circle from Moscov is one of the meeting places for all the people the didn´t accomplished the big change. Separately in the winter many of the homeless persons try to rescue for dead by frostbite. Only the officially number of the homless children is quoted by 32.000.
Outside the inner circle is beginning the real life of the most of the Muscovite. Markets for food, hawkers, fake products and poor people they try to sell self made food products or somethink else.The ambience are sad and run down buildigs. At the periphery from moscov, you will see huge primitiv block of flats between stinky factories they nerved by highways.It isn´t everyone’s cup of tea but in our point of view it is important to see both sides of the coin.

After the 2. world war, Joseph Stalin was dreaming from a outstanding communism metropolis.
So was from 1949 till 1956 on the seven hills from moscov seven magnificent postcomunism classicism style skyscraper constructed.
For example the Lomonossow-University at the sparrow-hills and the hotel „Ukraina“ or the Ministry for Foreign Affairs.

If you visit moscov you should be see at least one of the „Big Seven“. Consumption and brands are the new way of life. It´s hard to find a original russian restaurant. Most restaurants are disigned in american, european or asian style. All of them are overcrowded in the evening.

Also rich russians have to wait till one hour.To book for the next eve is mostly senseless.Also overcrovded are all of the Mc Donalds restaurants. Also all other brands like disigner clothes, assessoares, german cars, big offroad cars are very demand. Most of the people the aren´t rich buy fake brands in legal shops. The great thing is to have status symbols 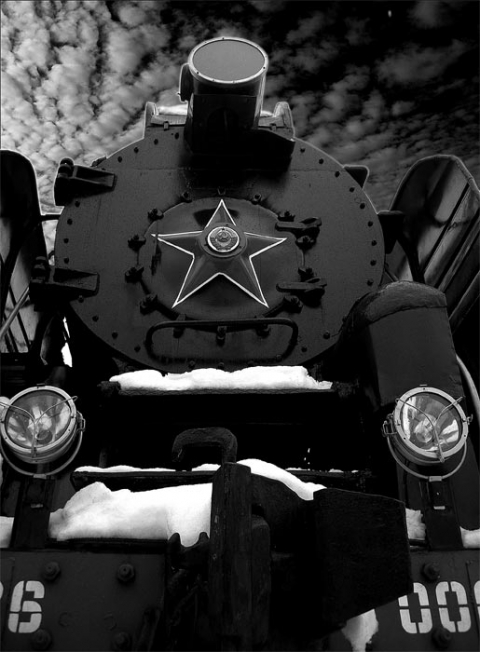 You are a railfan?
Then you should visiting the new moscov railway museum at the Rigaer station moscov. There have 35 exhibits, among 9 historic steam-, diesel- and electric powered engines. Also the P 36 and one steam engine of the serie „Ow“ build in the year 1903. This class was called popularly „Owetschka“ („lamb“).